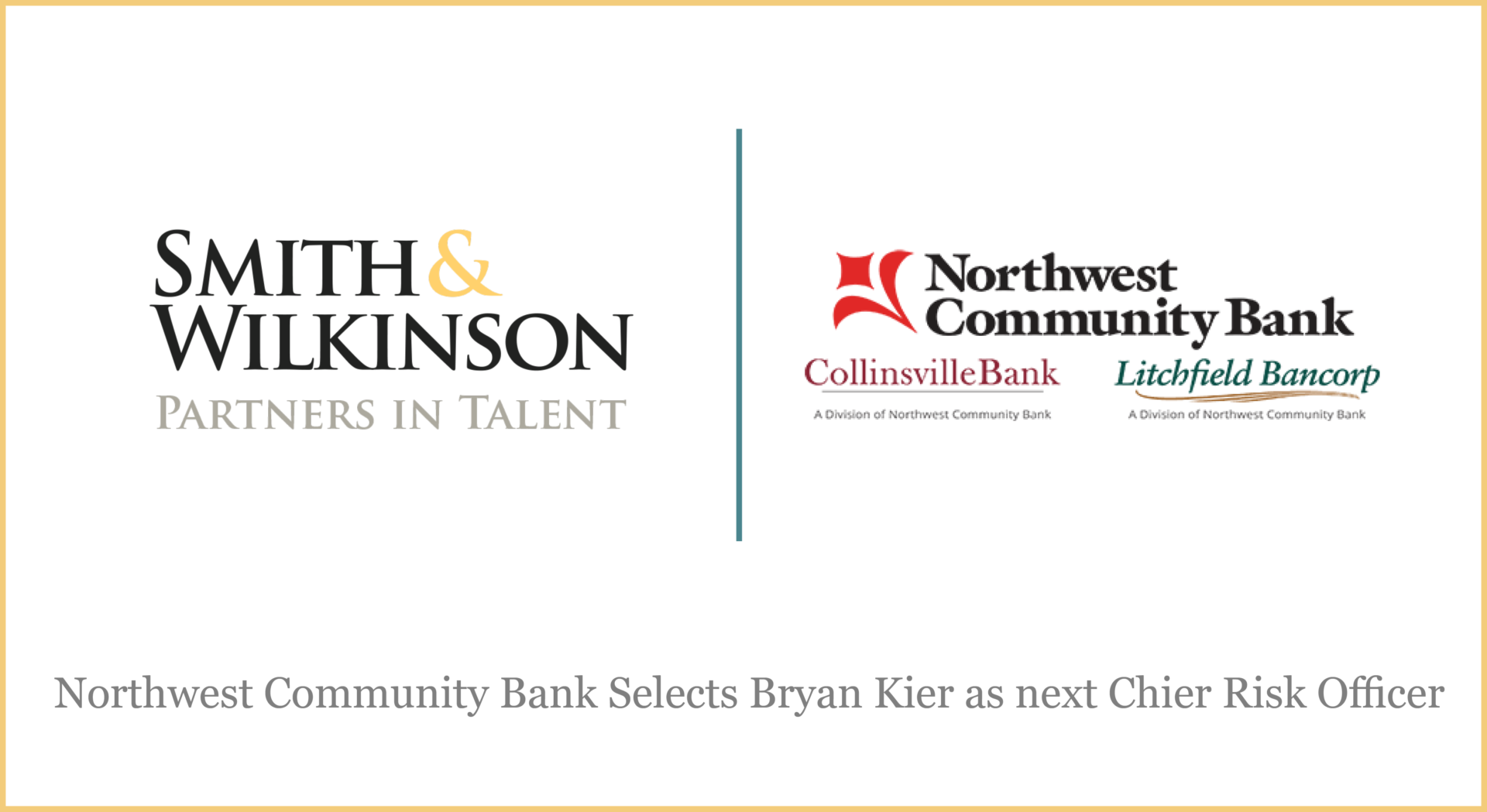 In 2001, Northwest Community Bank and Litchfield Bancorp formed Connecticut Mutual Holding Company. The goal of creating the holding company was to preserve both institution’s mutual charter while strengthening their ability to meet the needs of the markets they serve. In 2010, Collinsville Savings Society became the third affiliate of Connecticut Mutual Holding Company.

Today the institution has total assets over $1B and operates 13 retail branches throughout the region. The Bank continues to operate in a very strong financial position with healthy earnings and a strong balance sheet with exceptional asset quality and a strong capital position.

At the conclusion of the search, Northwest Community Bank selected Bryan Kier as the Bank’s next Chief Risk Officer. Bryan began his risk management career with Citizens Financial Group and held increasingly more responsible positions over a fourteen-year tenure, culminating in becoming a Senior Risk Manager. He then joined Santander Bank as Director of Operational Risk Management. Most recently, Bryan was Deputy Director of Enterprise Risk Management for American Challenger Bank.