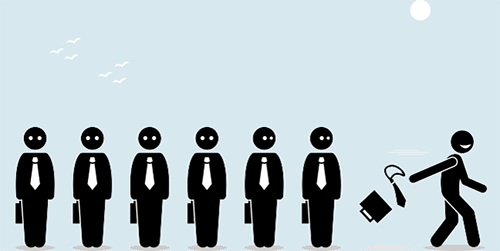 Companies that made it through the pandemic in one piece now have a major new problem: more than a quarter of their employees may leave.

What’s happening: Workers have had more than a year to reconsider work-life balance or career paths, and as the world opens back up, many of them will give their two weeks’ notice and make those changes they’ve been dreaming about.

“The great resignation” is what economists are dubbing it.

There’s not much firms can do to hold onto employees who want to switch fields. But human resources may be able to retain some workers by offering as much flexibility as possible, says Cathy Moy, chief people officer at BDO USA, a financial services company.

But, but, but: The big churn could ultimately be good for workers and employers.